Iobit’s Advanced System Care features many very useful housekeeping utilities, and some, such as the Smart Defrag disk defragger, are exceptional. For those that like everything under one roof, it’s one of the better Windows maintenance suites available. Alas, some of the more useful components, such as the advanced registry cleaner, are only available in the $30-per-year Pro version, and the suite makes its presence known in many ways through the Windows interface.

The launch application for Advanced System Care is definitely attractive, though the sheer number of utilities involved makes it somewhat daunting to traverse. The utilities are grouped under four main headings: Care, Toolbox, Turbo Boost (more on that later), and Action Center. The latter is along the lines of the Windows Action Center, used primarily for alerts; Care houses the maintenance features; and Toolbox is a catch-all collection of the available tools. A bit more arrangement concision might be in order, but it all works well enough, once you’re acclimated.

There are also a number of security features including the free version of the extremely watchful and competent IObit Malware Fighter, a process manager, a homepage lock for your browsers, as well as a scan that informs you about potential security holes such as remote registry and remote assistance being turned on. As Microsoft’s Security Essentials no longer supports XP (Microsoft dropping support should give everyone pause about depending on major vendor freebies), Iobit pitches Advanced System Care as filling the void. It will do so nicely, as will AVG, Avira, and McAfee. 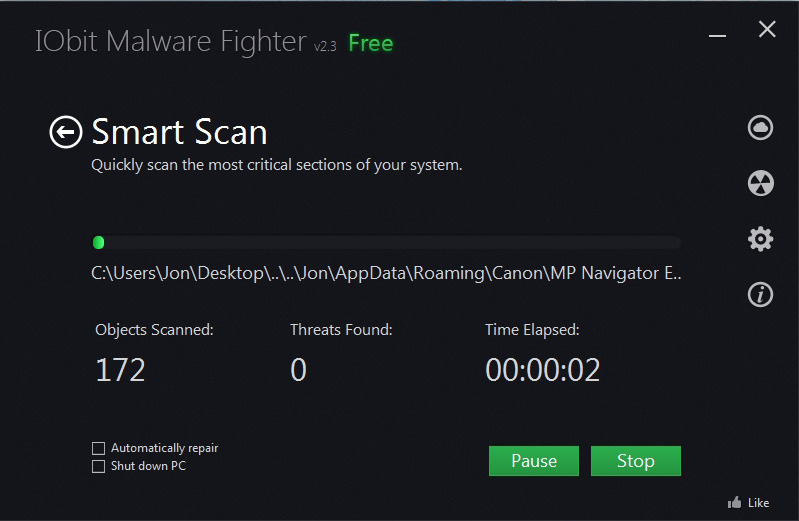 My biggest complaint about Advanced System Care is its overt presence on your system. After the installation, there’s a CPU/RAM meter at the top left of your screen, a separate entry in the system tray (most third-party system tray icons go into the unobtrusive popup menu), plus icons on the desktop that seemingly multiply as you use the various modules. There are also numerous context menu entries such as the three (Shred file, Undelete file, Privacy Sweep) found on the Recycle Bin. My preference is for out of sight, out of mind. You may configure the suite to be less in-your-face, but it’s a fair amount of work and you can’t get rid of every trace.

More on Advanced System Care’s Turbo Boost feature. I gave Iolo’s System Mechanic a hard time about real-time optimization (which slowed our test system), but Advanced System Care’s is different. Much like the game booster component, it turns off processes that you don’t necessarily need according to how you’re working. There’s no real harm in Turbo Boost, but I didn’t notice any difference on my system—on or off. Then again, I regularly cull unnecessary services and start-up items, so there wasn’t a lot for Turbo Boost to work with. 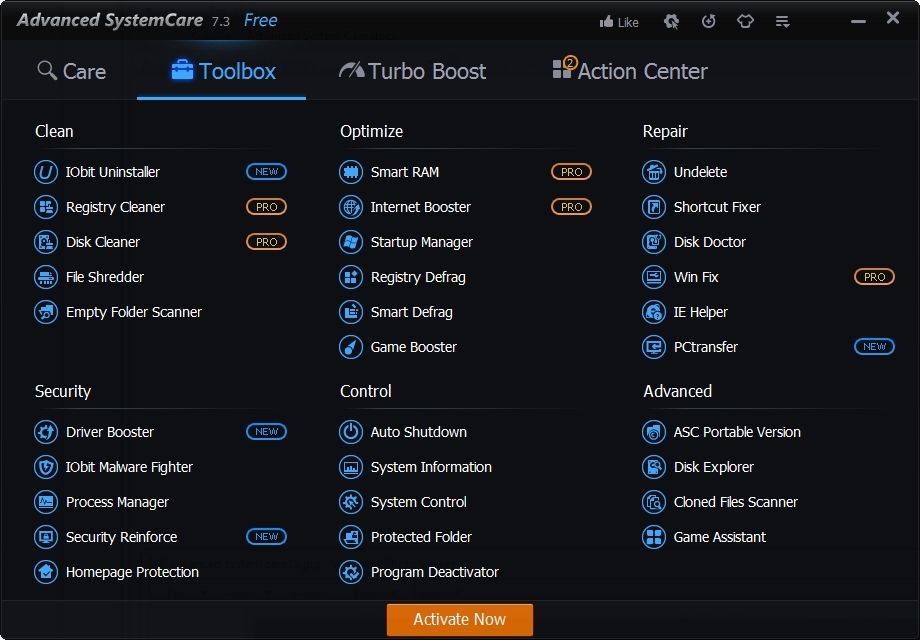 Iobit Advanced System Care has some very useful capabilities, but its overbearing presence rules it out for me. However, I know many users who find an obvious presence comforting. Different strokes. Even if the entire suite is not for you, Malware Fighter, Smart Defrag, and other components are available separately. Just don’t blindly click-through the installs, or you might wind up with Advanced System Care on your system anyway.