Sony just took the game to another level with the announcement of its A7R II, a full-frame mirrorless camera that can achieve resolutions of 42.4MP. According to Sony it’s also the first camera ever to include a back-illuminated full-frame sensor, and is equipped to reach an ISO sensitivity of 102,400.

The A7R II also comes with 5-axis image stabilization that corrects pitch, yaw, shift shake, and rotational shake – providing compensation equivalent to shooting with a shutter 4.5 steps faster, and makes it a lot easier to shoot video and capture still telephoto images. An improved XGA OLED Tru-Finder delivers viewfinder magnification of 0.78x. Continuous shooting is facilitated at speeds of up to 5fps, and rapid autofocus is facilitated via 399-point phase detection. 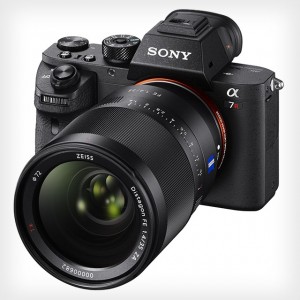 Another feather in the A7R II’s cap is the ability to film video in 4K quality. This can be done in Super 35mm crop mode or full-frame mode, the latter of which is something Sony claims no other digital camera is capable of. Video recording is done at high bit rates of 100 Mbps during 4K and 50 Mbps during full HD recording.