Warriors Guard Stephen Curry has had one hell of a year and I must say, Under Armour couldn’t have chosen a better athlete at a better time. Under Armour signed Steph back in 2013 it wasn’t that big of a news as he wasn’t a superstar as he is now at that time.  With his recent success with the Golden State Warriors, the lights are brighter than ever.  Along with fellow guards Kyrie Irving, Damian Lillard, and John Wall, Steph Curry was also given his first signature shoe.  I haven’t hooped in the other sigs, but from what I hear the Curry’s are by far the best in the group.  But how good is it?  Let’s find out with my performance review breakdown.

The Curry 1 utilizes an industry standard using a full-length herringbone outsole for superb grip.  On court, the rubber compound sticks to the floor allowing you to cut and stop on a dime.  I had some concern in the heel where UA added their logo to the outsole, but it did not hinder the performance one bit.  From my first initial run with them trying to break in the rubber until now, the traction has been consistent over and over again.  There is an
issue however when dust comes around and gets caught in between the grooves.  Obviously this issue will vary depending on your court condition you play on.  According to reliable sources of mine they all agree that dust hinders the Curry One’s grip.  Not too much where you have to constantly swipe the sole every dead ball, but it does help.

I don’t know about you, but I like my shoes to squeak.  Correction, I just want my shoes to prevent me from slippage in general, but if the shoes squeak, it sure does help mentally.  In this case, the Curry’s do squeak on court, quite a bit actually mainly due to the herringbone pattern.  Lastly, these are only for indoor play.  If you choose to use these outdoor, don’t do so for more than a couple hours or you’ll grind out the outsole as the rubber isn’t dense/hard enough.

The Curry 1’s traction isn’t without flaws, but it just proves that herringbone never lets up time and time again.  Note that a perfect traction score of 10 is held by the Nike Kobe 9 and Air Jordan XX8.  Curry 1’s are right up there if it wasn’t for the small dust issue.

Another strong point for the Curry 1, is the cushion.  Under Armour combined both Micro G and Charged systems to create a surprisingly stable and responsive ride.  When heel striking, you can feel the Micro G stabilize the foot while simultaneously providing energy back to it for the next step.  It’s difficult to find a sneaker that accomplishes this balance between stability and bounciness as you can’t have both entirely.  It’s either stable and flat or too bouncy and injury prone.  I applaud UA by achieving this equilibrium and I hope they continue to expand on this in the future.

The forefoot isn’t as responsive as the heel, but it maintains tremendous court feel for those who like to cut, jab, and attack the basket.  Initially, I thought the Curry 1’s sat a little high just by looking at the profile of it, however the foot sits pretty low to the floor.  The Nike KD 5 has a similar silhouette to the Curry 1, but those did not perform as well as these and also felt a lot higher off the ground.

For those looking for impact protection if you’re a bigger player, you may want to look elsewhere.  I’m deterring you from trying these out, but the Curry 1’s cushion would cater to those who want a stable with the right bounce back in areas where you need it.

Cushion is graded on responsiveness, impact protection, and court-feel.

For the most part the Curry 1 does an exceptional job containing the foot within the foot bed during games.  It features an external TPU heel counter that is solid and flexible cupping your heel in place.  In addition, it has some extra padding that pillows the Achilles nicely.  I experienced no heel slippage during games, however I did have some fitting issues mainly due to my foot shape.  I have narrow feet so I had some dead space along the Anafoam upper around the midfoot and forefoot areas.  It wasn’t much of an issue, but once the game started to pick up, my foot slid just a tad bit within the foot bed, but thankfully the Anafoam upper held contained it.  Again, this is a personal issue and not the shoes fault.  To fix it, I wore a thinner sock over my Nike Elite sock and the problem was solved.
I really dig the lacing system on the Curry 1 as it doesn’t seem to get loose during games in which I had to readjust.  Not only does re-lacing kill your momentum, but also slows your teammate’s in a competitive setting.  For those who wear an ankle brace, the Curry 1 welcomes you.  Steph usually wears one during his games so UA had to make sure it was able to accommodate a brace during their design process.  Overall, the Curry 1 will keep you stable and locked in with no disappointment.

Lastly, the shoe does fit true to size.  I wouldn’t say the shoe fits narrow or wide, so overall, you should be good as long as you stay true to size.

I remember the first time I laced these up and all I wanted to do was run.  It was my first time experiencing Micro G so I had to give it a run.  At first the shoe feels a little stiff, but after warming them up after 5-10 hours or so, it was all buckets.  The shoe felt great on the fast break from heel strike to pushing off.  Thanks to the flexibility of the Anafoam upper, firm base, and a balanced cushion system, the feeling of fluidity is wonderful in the Curry 1 and a must-try for any hooper.

One more thing, even after 50-60 hours that I spent playing the Curry 1, the transition is still consistent as well as everything else.  That says a lot from a $120 sneaker.

Heel-to-Toe transition is how smooth a shoe feels as you strike on your heels to pushing off from your toes.

Like I mentioned prevoiusly, the lockdown from heel, midfoot, and forefoot are on point.  The external heel counter keeps heel in place with no slippage experience whatsoever.  There is a midfoot TPU shank allowing the shoe to be rigid and stable for torsional support.  There is also a slight outrigger, but it doesn’t come out as much due to the base of the shoe being so wide already which in turn provides excellent stability.  It’s nice and wide in the front and streamline throughout the silhouette.  Lastly, a shoe isn’t great if it flexes too much (try playing in Nike Roshes/Frees (that’s a joke) and in this case, it flexes just enough to maintain support and mobility.  Once broken in, the Anafoam flexes naturally with the foot and also holding the foot in place during play.  There were several times in which I cut baseline and abruptly stepped back. As I did, I could feel the upper hold my foot in place, not allowing the foot to go over for a roll.

For the upper you have a new Anafoam upper that is made out of fuse, mesh, and foam.  This multi-layer fabric breaks in very nicely and feels anatomically correct to the foot.  It’s
quite difficult for me to name another shoe that feels similar to it as it isn’t “new” tech, but it feels somewhat unique.  I enjoyed playing in them and would love to see how UA can improve on this.  The only downside to Anafoam is how long it lasts as it starts to fray in some areas.  Check out the photo below to see what i’m talking about.  In no way did this hinder the performance, but those who want their sneakers for the long-term might want to know this stuff.  Then again, if you don’t want to mess up your kicks, then just don’t wear them.  But what good does that do you? Ha.

You have vents on the forefoot toe area as well as some decent holes around the medial side.  I didn’t experience any issues with ventilation so overall the shoe gets adequate air-flow during play.

Ventilation is not part of the overall score as it does not hinder the performance of the sneaker.  However if the foot is excessively drenched upon play, it will effect the score and be mentioned in the review.

The Under Armour Curry 1 exceeded my expectations from the start.  I haven’t been excited to play in a sneaker for a while especially one coming from another brand other than adidas and Nike.  The Curry 1 scored exceptionally high in all categories and have been one of the most fun sneakers I have played in for a while.  From my first run, until my next, the consistency of its cushion, traction, and support allows me to play just the way I want to without having to think about insecurities along the way.  It achieved the right balance between stability and responsiveness in terms of cushion thanks to the Micro G and Charged system.  A few minor issues of fit and dusty traction at times wasn’t enough to take the overall score down at all.  All in all, for $120.00 USD, you are getting an MVP type shoe from a soon-to-be MVP of the NBA.

If you are looking to spend money on a shoe that won’t hurt the wallet, the Curry 1 should be one of your choices.  At $120.00 USD, the Curry 1 offers exceptional value compared to the signature models out there today.  Grab yourself a pair and try out what Under Armour has to offer.  I recommend this for pretty much any position on court due to it’s versatility. 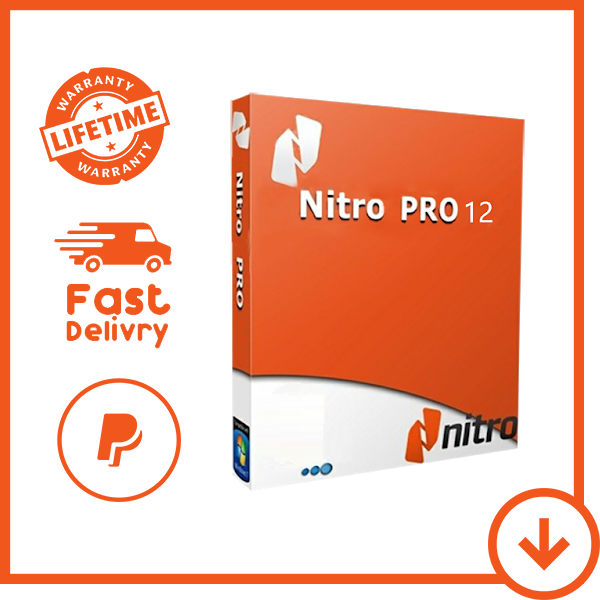